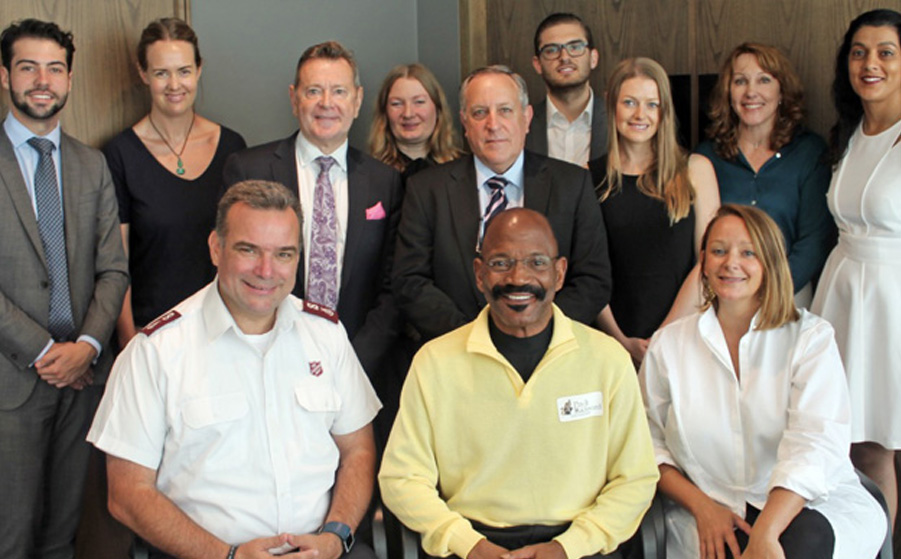 Making a Difference
Down Under.

Making a Difference Down Under.

Every January for the past few years, Tony has flown to Melbourne, Australia for three weeks to play in the Aussie Millions poker tournament. He’s had great success and won significant money for the Foundation. And this was the best trip yet!

On the first day, Tony was stopped on the street by someone who recognized him from Twitter and admired his work with the homeless.

“It made my day that someone halfway around the world knew about the Foundation,” Tony says. “It was a great sign for me that going public with my charitable work was the right decision. I hope people will be inspired to make a difference.”

Tony’s intention was to play poker daily for three weeks, but you know he loves a good change of plans.

Readers won’t be surprised to learn Tony visited Melbourne’s Salvation Army shelter while he was in town. But he so enjoyed learning about the different ways Australia cares for its homeless that he played poker for one week and spent the other two at the shelter.

The Salvation Army had a café which served meals to the homeless. They sat at tables as though in a regular restaurant, ordered from a menu, and the prepared food was brought to them.
“They didn’t have to stand in line. I was so impressed by the focus on utmost dignity,” Tony says.

At 11:00 pm, the café’s tables were removed and yoga mats, pillows and blankets were placed on the floor. People had a safe space for sleep and were able to order sandwiches throughout the night.

“Maybe it was jet lag, but I had no problem working the overnight shift,” Tony says. “I worked with the mobile outreach team, driving around the city looking for homeless people.”

Before Tony left, he attended the monthly meeting of the Crown Melbourne Resort (his host hotel), which encourages all 10,000 of its employees to do volunteer work. Everyone was excited to hear about Tony’s philanthropy in America, and they were thrilled when he presented a check to the Salvation Army for $5,000, the full amount of his poker winnings.