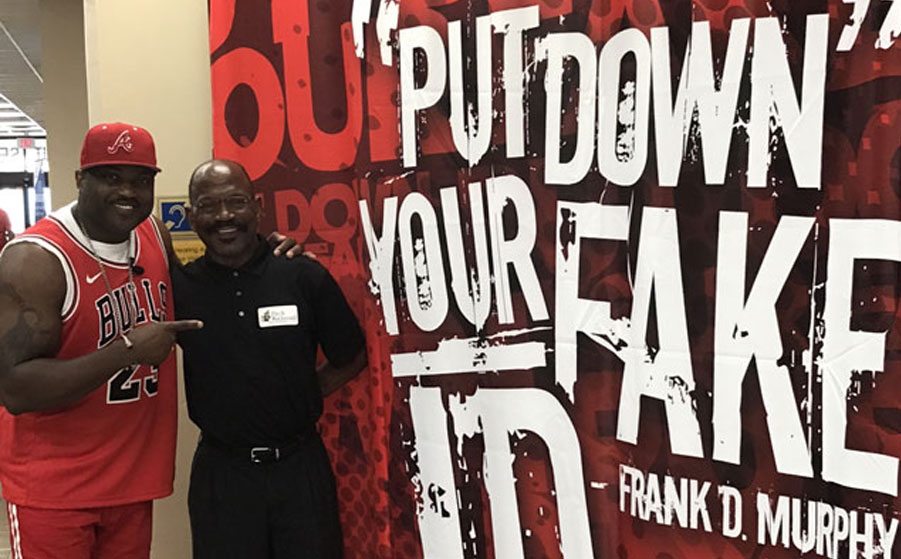 Kids Encouraged to
Be True to Themselves.

Kids Encouraged to Be True to Themselves.

More than 400 inner city kids attended a free conference called “Put Down Your Fake ID” on September 15th at Hillsborough Community College. The Pay It Backward Foundation served as a sponsor for the event.

“I know what it’s like to be surrounded by bad options and negative peer pressure,”   Tony says. “The message of this event—being true to yourself in spite of it all—really spoke to me and I knew we had to get involved.”

The star of the show was Frank D. Murphy, a former Tampa Bay Buccaneer wide receiver and recipient of the Barack Obama Presidential Lifetime Achievement Award.

“Youth should feel encouraged and full of joy to be themselves at all times,”   Murphy said. “I don’t want them to be a copy of something fake. This conference will help them realize the true potential they have, if they take this opportunity to connect with and maximize their real ID.”

Murphy knows what he’s talking about. He ran with the wrong crowd, was jailed at 15 years old, righted himself, and achieved an illustrious NFL career. To help others avoid the same mistakes, he created the Mentoring With Purpose Charity, which hosted the event.

“It’s one thing to tell kids to make good choices, but to show them a star who was once just like them and rose above it all to succeed?”   Tony says. “That’s a powerful experience. I hope some lives were changed today.”