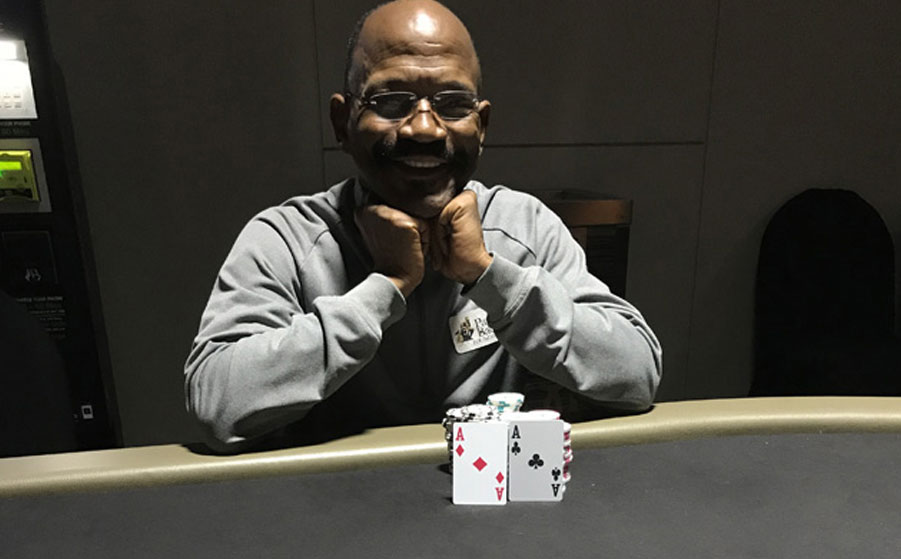 Tony March Goes All
In for the Homeless!

Tony March Goes All In for the Homeless!

On his annual charity stop in Australia to visit with friends at Salvation Army headquarters, Tony took time to exchange best practices and ideas on how to improve the lives of the homeless in urban centers around the world. But, he also took time out to play.

Yes, Tony occasionally takes time out to play?! But to Tony, it’s no ordinary playing. It’s actually a case of being “all in” for the cause.

Tony’s interest in the game of poker began when he sold a majority stake in his extensive car dealership enterprise a number of years ago, and for the first time in his life, he experienced what it was like to have some extra time on his hands. Soon enough, his engineering, math and sciences mind would find their perfect home in the game of poker. For Tony, however, playing poker had nothing to do with gambling at all, but rather an opportunity to be a living, breathing example to others. An example of how to live selflessly and with purpose, for others and for community, rather than oneself.

While reading books on the topic and researching the game of poker in his hometown of Tampa Bay, Tony quickly realized he had a genuine penchant and affinity for the game. His motivation was not to become more wealthy or well-known, however. Rather he recognized the opportunity to be an inspiration to others by giving all of his winnings back. Back to those who he knew needed it more than him.

Tony’s US and international cause travels often find him with a place at a table amongst those looking to fulfill their dreams. In Tony’s case, the dream becomes a reality for others, rather than himself, each and every time he “places” or wins a tournament.

Tony’s winnings are always 100% fully donated to charity. His personal costs and tournament buy-ins are all at his own expense, as he only competes for the joy of playing and for the cause of giving back to others and helping to heal lives.

Through the next couple of weeks, Tony will be continuing to play in the annual Aussie Millions Poker Championship in Melbourne, Australia. As he travels about Melbourne, reaching and teaching others how to give back, and meeting with organizations to inspire change and change advocates in their communities, he is also looking forward to competing with the best players from around the world, in his quest to not only win hearts, but the additional financial resources for a cause that is very near and dear to him.