A great thrill for Tony today, as he delivered the “shuffle up and deal” proclamation to open the second starting day of the 2019 Aussie Millions poker tournament in Melbourne, Australia. He was brought to the stage by tournament director Joel Williams, who told the audience about Tony’s philanthropy.

“This man takes all his poker winnings from all the tournaments around the world and gives it to his Pay It Backward Foundation to help the homeless and underprivileged of the world,” said Williams. He then said to Tony, “We expect you each and every year here at Aussie Millions, and you never disappoint.”

Of course, you know Tony does more than play poker when he leaves town! He’s been volunteering at a homeless shelter in Melbourne, and speaking with people on the street, offering bottled water and words of encouragement.

“Melbourne is a great city, and I love the people here. I really enjoy my time with the Salvation Army. It’s always interesting to see the strategies that different cities use to help their homeless, and to talk with people and learn about the difficulties they face.”

Tony coordinates his shifts at the shelter around his poker schedule. This year, the Aussie Millions tournament set a new record for attendance, with 822 participants. The annual event in Melbourne, Australia has more than $8.2 million AUD ($5.9 million USD) up for grabs.

“I have the best job in the world, and as long as I’m healthy, I will never miss this tournament. I absolutely love it,” Tony said from the stage. “I’ve got a challenge to the local players here. There’s a Salvation Army downtown, and they’d love to see you. You don’t have to give money, all it requires is your time and your love. You never know, you may have the key words to save a homeless person and get them off the street.”

This is Tony’s fifth appearance at the Aussie Millions, even though he’s played poker for less than a decade. He picked it up in 2010, having stumbled across a tournament on television. Since then, Tony’s applied his passion and mathematical aptitude to poker and has won more than $500,000 in tournaments around the world. And you guessed it, all his winnings go to charity! 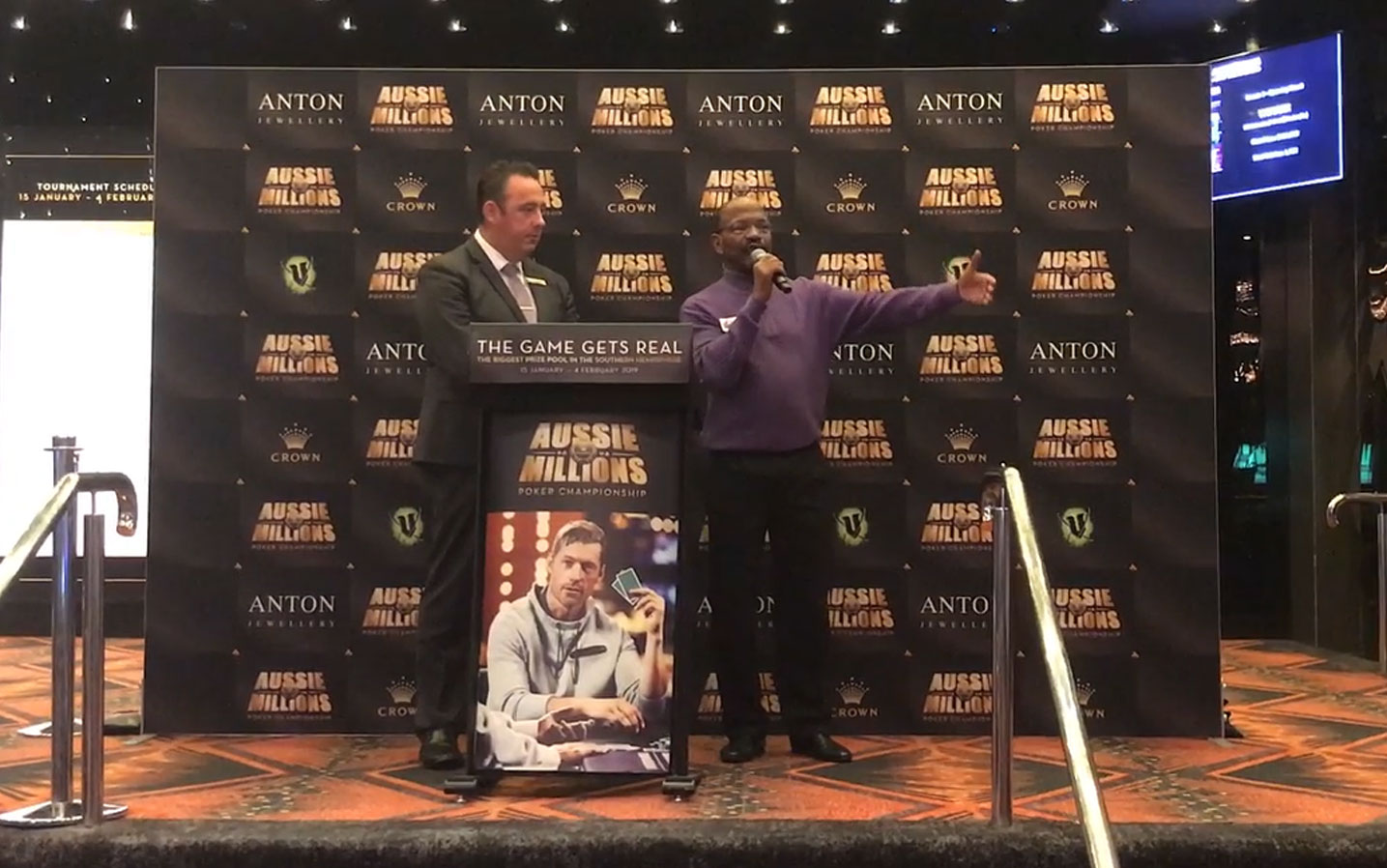